Warning: "continue" targeting switch is equivalent to "break". Did you mean to use "continue 2"? in /homepages/17/d107367334/htdocs/joecopnw/blog/wp-content/themes/suffusion/functions/media.php on line 697
 2006 May » Joe Cop NW 
Warning: Declaration of Suffusion_MM_Walker::start_el(&$output, $item, $depth, $args) should be compatible with Walker_Nav_Menu::start_el(&$output, $item, $depth = 0, $args = Array, $id = 0) in /homepages/17/d107367334/htdocs/joecopnw/blog/wp-content/themes/suffusion/library/suffusion-walkers.php on line 17

Quiet is how I would describe my work week so far, that’s common for some holiday weekends. Memorial Day weekend is one of the more quiet I guess, a lot of people are out of town camping or what ever else they are doing. The ones that stay in town seemed to behave fairly well. A lot of traffic today though as people were returning home. Traffic crashes are always a problem and I heard a few on the radio around the county but we were spared any in the city.

I have a great work shift doing ten hours a day, four days a week. Three day weekends are kick ass. My Monday (which is actually Sunday) is just me an my guys with none of the brass around. Not that I don’t like my supervisors, they are great people and wonderful to work for but it is so much quieter when they are not around. On a holiday weekend I get two nice days.

Tomorrow will be another story though. There is always a price to pay and now I will have to cram three days worth of work into the next two. That’s okay, it’s worth it and well getting ten hours of holiday pay is nice too.

This is just something I have had a round for several years. It rings very true in my opinion. Hope everyone had a great Memorial Day……

Cops are human (believe it or not) just like the rest of us. They come in both sexes but mostly male. They come in various sizes. This sometimes depends on whether you are looking for one or trying to hide something. However, they are mostly big.

Cops are found everywhere-on land, on the sea, in the air, on horses, in cars, sometimes in your hair. In spite of the fact “you can’t find one when you need one”, they are usually there when it counts most. The best way to get one is to pick up the phone.

Cops deliver lectures, babies, and bad news. They are required to have the Wisdom of Solomon, the disposition of a lamb and muscles of steel and are often accused of having a heart to match. He’s the one who rings the doorbell, swallows hard and announces the passing of a loved one; then spends the rest of the day wondering why he ever took such a “crummy” job.

On TV a cop is an oaf who couldn’t find a bull fiddle in a telephone booth. In real life he’s expected to find a little blonde boy “about so high” in a crowd of half million people. In fiction, he gets help from private eyes, reporters, and “who dun-it fans”. In real life, mostly all he gets from the public is “I didn’t see nuttin'”.

When he serves a summons, he’s a monster. If he lets you go, he’s a doll. To little kids, he’s either a friend or a bogeyman, depending on how parents feel about it. He works “around the clock”, split shifts, Sundays and holidays, and it always kills him when a joker says, “Hey, tomorrow is Election Day, I’m off, let’s go fishing.”(that’s the day he works 20 hours).

A cop is like the little girl, who, when she was good, was very, very good, but, when she was bad, was horrid. When a cop is good, “he’s getting paid for it.” When he makes a mistake, “He’s a grafter, and that goes for the rest of them too.” When he shoots a stick-up man he’s a hero, except when the stick-up man is “only a kid, anybody could of seen that.”

Lots of them have homes, some covered with ivy, but most of them covered with mortgages. If he drives a big car, he’s a chiller, a little car, “who’s he kidding?” His credit is good; this is very helpful, because his salary isn’t. Cops raise lots of kids’ most of them belong to other people.

A cop sees more misery, bloodshed, trouble, and sunrises than the average person. Like the postman, cops must be out in all kinds of weather. His uniforms change with the climate, but his outlook on life remains about the same; mostly blank, but hoping for a better world.

Cops like days off, vacations, and coffee. They don’t like auto horns, family fights, and anonymous letter writers. They have unions, but they can’t strike. They must be impartial, courteous, and always remember the slogan “At your service”. This is sometimes hard, especially when a character reminds him, “I’m a taxpayer, I pay your salary”.

Cops get medals for saving lives, stopping runaway horses, and shooting it out with bandits (once in a while his widow gets the medal). But sometimes, the most rewarding moments comes when, after some small kindness to an older person, he feels the warm hand clasp, looks into grateful eyes and hears “Thank you and God bless you, son”.

What is it like being a gay cop you ask… well maybe you didn’t ask but you were wondering perhaps, just a little . Well at my stage of life and career it just seems normal but it wasn’t always that way. When I first decided to go into law enforcement back in about 1985 it was a lot different. I was out to a few of my straight friends and a some in my family but absolutely no one around the police department. It was kind of like living the proverbial double life. I came to work and didn’t talk about my personal life and when I meet people in my gay world I was very careful about telling them I was a cop. If I ever did I usually didn’t tell them where I worked. I became very good at keeping the two sides of my life separated.

Even though I always feared that somehow work would find I was gay and my world would crumble, it didn’t stop me from going out to the bars or having relationships. I was quite active back in the late eighty’s and did a lot of clubbing. I was involved with in my relationship with Steve and although we lived together for about seven years off and on, it was never a very strong relationship. It was not a monogamous affair with both of us seeing other guys.

They did my background to be hired as a full time officer while I was with Steve. I got reports from some of the people the background investigator was talking to and they told me the questions seemed very probing into my sexuality. Well I got hired anyway. I guess I picked good references.

As time went on at work I began to realize that some of my coworkers were guessing or had figured out that I was gay. I know a couple of the older more senior guys were talking about it and making jokes and remarks around the office but no one ever said anything to my face. I was a very good officer and wasn’t know for game playing so I think people respected me none the less. Since I never brought it up or flaunted it in their faces they just accepted it or it was ignored.

Time went on and the old timers retired. Now I am the old timer and over the last several years things have changed. Perhaps the most significant change was when we got a new Chief. Our prior chief was pretty much worthless. He did little to better the department and in many ways was very much a detriment. The City had a leadership change and I guess he saw the writing on the wall; he retired. Our Lieutenant was promoted to Chief and the rebuilding of the department began. He is a very fair and honest man and a damn good cop. I have know him a very long time he was aware I am gay and he also knew my partner. He made it a point to make me comfortable and to always include my partner in the same way he would the spouse or significant other of any officer.

Well that’s about it in a nutshell… (okay, maybe a coconut shell)… I now talk openly about my partner but I still don’t cram anything down their throats. If they ask I am happy to tell them anything they want to know. Life it good and I am conformable. 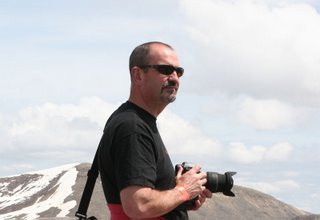 I have lived here in the NW all my life. When Mt. St. Helen erupted on May 18 1980 I was living in Portland. I remember the inches of volcanic ash covering the area and all the people wearing filter masks. I have always been intrigued by the mountain but until last weekend I had never been up to it. This last weekend I finally made it there and it was awesome. My partner and I visited the Johnston Ridge Observatory and the Coldwater Ridge Visitor Center along with many stops to take photographs and view the scenery. It is amazing how after 26 years much of the area still shows such great signs of destruction and yet other areas are showing remarkable recovery.

Coldwater Lake is a beautiful example of how nature is healing it’s self. The lake looks like it has been there for many years. It is teaming with life but it did not exist before the eruption. The forest service and the wood product industry has also done a great job in planting new trees. Many areas will be ready to harvest in the not to distant future.

Mount St. Helen is a great area and I would highly recommend that if you ever get a chance to visit the area. I know I will be going back very soon. I plan on riding my motorcycle up there again this summer. The road to Johnson Ridge is perfect for a motorcycle ride. 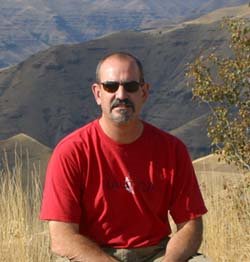 Greeting to anyone who is boared enough to read my blog. I am a sergeant for a medium size police department in the great Pacific NW. I have been a cop for over 20 years and I love the job. My partner and I have been together for almost fifteen years. We have a cat (or better yet he allows us to occupy his home…). As I am very new to blogging I don’t really know what I will be writing about here but if you find any of it interesting let me know. If not let me know that too.