We promoted two officers to sergeant today. Five people applied. Two were very happy, as for the others, or at least for two of them it was a long, and in the end, very disappointing day. One of the guys was only going through the process for the experience and knew he wouldn’t be selected. The other guys that didn’t make the cut I suspect deep down realized he wasn’t quite ready. As for that third that didn’t make it I know it was an enormous let down.

I talked to most of them through out the day as they were waiting for their turn on the hot seat, the dreaded oral boards. I gave them as much encouragement as I could. I shared what my experience had been during my two times on the interviews. Number three who is one of our detectives was very confident and he had been preparing for the exams and interview very hard. Had he been selected he would have done a very good job. I have to agree with the final selection though and it exactly what I expected.

It is never easy telling someone they didn’t make the grade especially when they are a good employee and your friend. This time it wasn’t my job but I have been there. I saw his face after he came out of the Lt’s office and it told it all. Now we must all help to build him back up, to make him see the good in the experience and help him grow from it. I know he will, he is a good man. 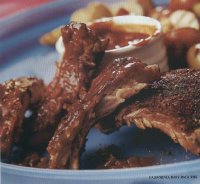 Actually it’s not Adam’s rib, it’s my rib but I had to have a title. I went to the doctor today after a fun weekend of little rest and pain even when I took a deep breath, and well coughing was just delightful. I found that one of my ribs is separated where it joins to the sternum. I guess that would explain why that Good Pain I wrote about isn’t so good anymore. In fact it is down right a nuisance, what with not being able to sleep at night and worst of all now I have to go on light duty at work. What is the moral of this story…. at fifty years old it is probably best not to go at it so hard with at thirty year old in much better shape than myself.

Light duty is both a bane and a blessing. It’s great that you don’t have to sit at home doing nothing when your injured. It is good for the department too since they are at least getting some work out of you. If the injury is like mine from a work related event it helps cut down on their insurance costs. If you get hurt off duty its great because you don’t have to burn up a bunch of sick time. The down side, at least for me is that I don’t get to work my cherished “four ten” shift. It’s back to working regular business hours, eight hours a day five days a week. That’s just not right but I think that is part of their strategy to get people off light duty and back to work.

The doc says I should be okay to go back to work in a week or so but it will be several weeks before I am mended. I guess the cartilage will never reattach to the rib but he says my body will compensate.

I have been think a lot about getting a tattoo but I have been having a very difficult time deciding what I want. Actually I have been contemplating it for many years now. I really like arm bands and Celtic art work. When I first started thinking about it I wanted a Loony Toon cartoon character. I was especially thinking of Taz but the more men I looked at with tattoos the more I saw of Taz and other Loony Toon characters. I want something unique for my self.

I have visited many tattoo shops but most of their stock art work is all the same and just doesn’t excite me. I recently went into a shop called Two Chicks Tattooing which is run by the artist with the lovely name (or moniker) of Willow. I looked through her portfolios and really I liked her work. She had several albums with many picture so I know she has been doing her art for a little bit anyway.

One theme I have been thinking about is a Bear tattoo with something in the Native American genre worked in. My initial Idea came from a temporary tattoo which I bought online at http://www.temptatts4u.com. I have tried quite a few of them to get an idea what I will be happy with. I showed Willow the temporary and asked her if she would draw up something. Today she called me and said she had some art work ready for me to look at. I am excited about seeing it tomorrow. Let you know how it turned out.

Ouch… I hurt today. Last night was a four hour (actually only 3 and a half hour) training class on the carry and use of tactical knifes. We meet at the junior high school’s gym for the training and I must say it was some of the best DT training I have been to in all my years with the department. The officer who ran the class was just trained recently as an instructor and he did a great job. I learned a lot and I am re-thinking my use and carry of a knife at work.

The training was very realistic. We were issued exact replicas of a real tactical knife from Benchmade except the blade was blunt tipped and not sharp. We were trained to use the knife with our weak hand which was very strange at first. I have never even considered using or carrying it in that way. By the end of the class it made perfect sense and was becoming fairly easy to do.

The guy I teamed up with for most of the class is a studly tough powerhouse of a man. He is the type of man I wouldn’t want to get into a fight with but I held my own with him very well. Of course we were told not to go 100 percent but I think most of the times we were going at least 95 percent. A couple of time we may have been going all out but it was fun

Later we were told to switch to a new partner and I worked with one of our female officers. That was a little different as she probably only weighs about 120 pounds. She is also coming off an injury to her hand so fighting with her wasn’t very challenging but it was enlightening. Size does matter….. I hope she never has to get into much of a hand to hand fight with some guy. She better just shoot him.

I bet by tomorrow I will show a lot of bruising. My left hand is quite sore and my chest hurts a lot. When I got home and took a shower I had red marks all over my body from the knife strikes. It is kind of a good pain though, the kind that is there to remind you that you made some gains and learned something. I wish we could to training like that more often. Also wrestleing around with the studdly guys isn’t too bad either.